Today, at the Faculty of Political Sciences of the University of Banja Luka, the results of a new survey on the attitudes of the citizens of Republika Srpska towards the Euro-Atlantic integration of Bosnia and Herzegovina were presented, including the findings of a comparative analysis of five rounds of the research.

Some of the most important research findings are as follows:

The research in the local language is available here: https://bit.ly/3yd0D0I

The research was conducted during 5 working days in May 2022, using the CATI method (telephone survey) on a multi-phase cluster sample of 1000 adult citizens of the Republic of Srpska.

The event also featured papers prepared by teaching staff and students about Euro-Atlantic integration. The papers, which preparation was awarded by scholarship within the project, were presented by professors Mr. Vlade Simović and Mr. Nevenko Vranješ, and a master’s student Ms. Danijela Miodragović.

This is the final research within the project “Expanding the debate on NATO integration in Republika Srpska”, which is jointly implemented by Eda – Enterprise Development Agency and the Faculty of Political Sciences of the University of Banja Luka and funded by the US Embassy in Bosnia and Herzegovina. 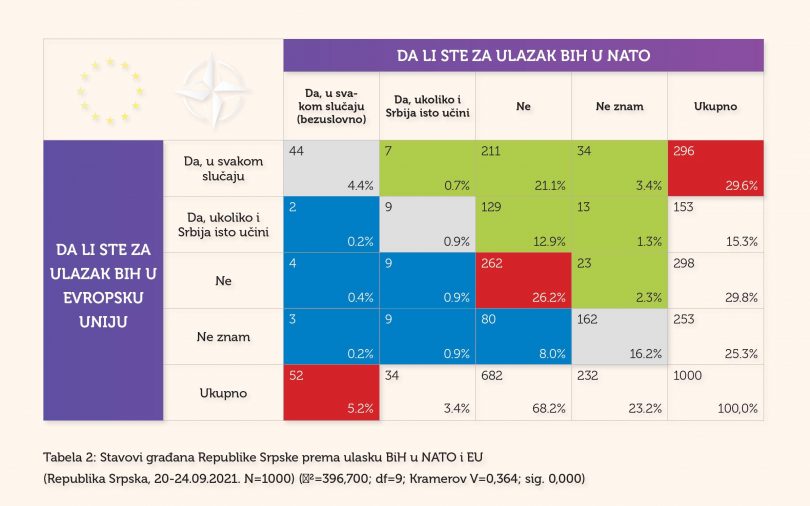 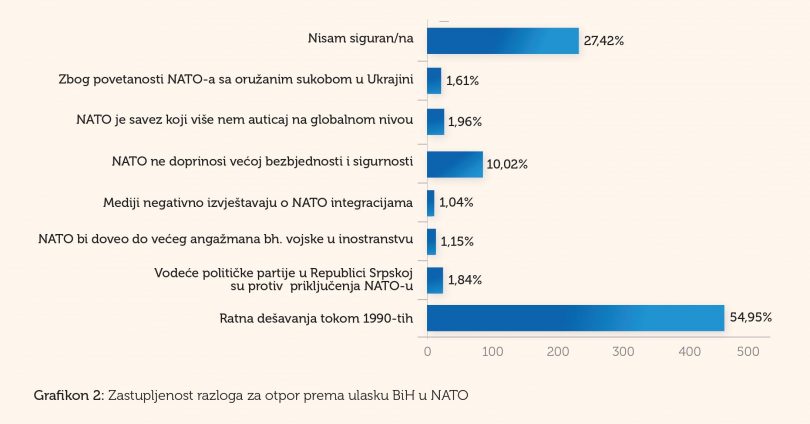 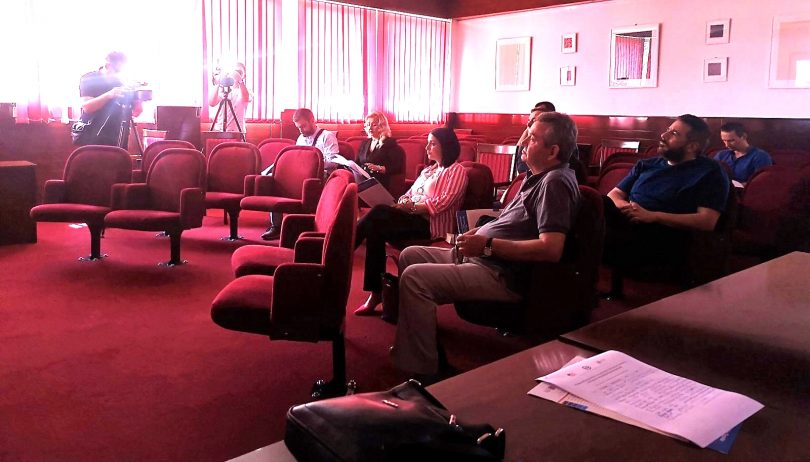 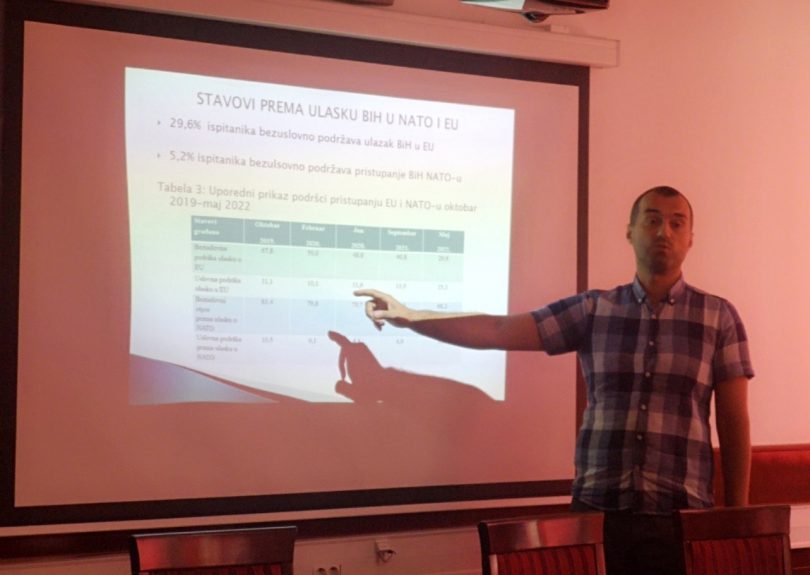